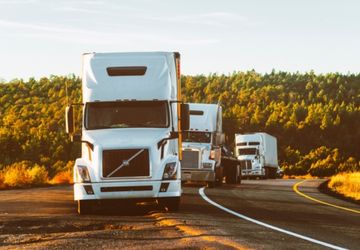 Many CMV operators drive safely, following traffic laws and trucking regulations. However, CMV operators who do not follow the rules can cause devastating accidents. The FMCSA reports that between 4,000 and 5,000 people are killed annually in large truck crashes — and many more are injured.

The Alabama trucking accident attorneys at Stokes Stemle, LLC are well-versed in the complexities of CMV regulations and the accidents that can occur when drivers do not follow them. If a CMV driver caused a crash that injured you, call or contact us online today for a free consultation.

What Are the Hours of Service Rules According to the FMCSA?

The FMCSA regulates the country’s interstate trucking industry. CMV drivers are subject to strict hours of service (HoS) rules. These rules limit how many hours a truck driver can drive in a given period and require the trucker to take breaks. Different HoS rules apply to drivers of property-carrying CMVs, such as truck drivers, and operators of passenger-carrying commercial vehicles.

The hours of service rules for truck drivers carrying property include the following:

Truckers have a responsibility to avoid injuring others and operate their vehicles safely. Following HoS rules is a major part of that obligation. Failing to do so can have serious consequences.

Penalties for Violating the HOS Rules

Drivers and carriers can also face steep fines for HoS violations – ranging from several hundred to several thousand dollars per violation. If the violating driver was carrying hazardous materials, the fine could be over $80,000.

How Do Hours of Service Rule Violations Contribute to Truck Accidents? 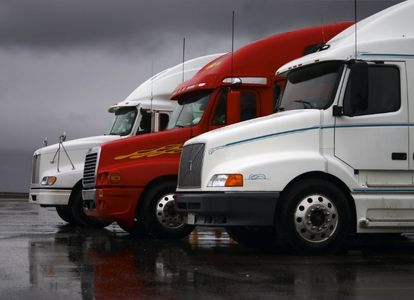 The purpose of the FMCSA’s hours of service regulations is to prevent accidents, injuries, and fatalities. Truck drivers who violate HoS regulations by spending more than eight straight hours behind the wheel are twice as likely to crash, according to the Insurance Institute for Highway Safety (IIHS).

Spending long hours on the road can cause sleep deprivation, fatigue, and disruptions to sleep cycles. The IIHS found that truckers who reported HoS violations were more likely to have fallen asleep behind the wheel. They also reported that committing HoS violations increased the chances the truck driver would be found at fault for a crash.

Other FMCSA Regulations for Trucks and Truck Drivers

Apart from HoS regulations, here are some of the additional rules and guidelines that trucking companies and truck drivers must adhere to:

The FMCSA also addresses the driving and safe operation of CMVs. They regulate prohibited substances, vehicle inspections, cargo securement devices and systems, and more. The FMCSA requires all equipment and vehicle parts to be in good working order.

Proving that HoS violations caused an accident can be challenging. Truck drivers must keep logs of what they do throughout the day. They are supposed to record driving, sleeping, off-duty rest time, and on-duty working time. Sometimes these logs can go missing or be falsified. When that happens, our trucking accident attorneys know how to look for evidence.

A driver’s electronic data can help prove a violation. We can use their text messages, internet activity, and phone GPS location to prove they were driving when they said they were resting. Many trucks even have built-in GPS and logging systems that we can also access.

We can gather and review paper documents that show the driver violated hours of service regulations as well. Receipts from gas stations, toll booths, and restaurants can verify whether the driver was doing what they wrote in the log book. Our experienced Alabama truck accident lawyers can get the evidence you need and use it to support your case.

The attorneys at Stokes Stemle, LLC can help if you have been injured in a CMV accident. We know trucking regulations and what to look for when a commercial vehicle operator causes an accident. Call or contact us online for a free consultation with our experienced truck accident attorneys in Montgomery, AL. 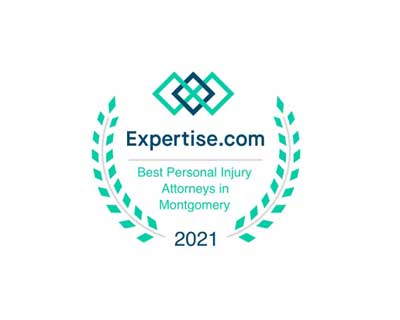